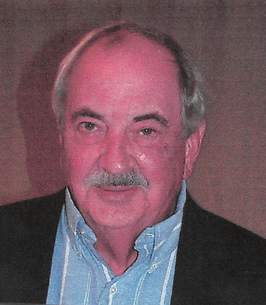 William Vincent died peacefully at his home in Corning NY, with family and beloved friends surrounding him, on March 5, 2022.

Bill was born in Bloomsburg, Pennsylvania to Elizabeth and William Linker Vincent Sr. on October 17, 1937. Bill grew up in neighboring Danville where he worked hard from an early age but enjoyed a small-town upbringing playing baseball, helping out at his father’s garage, and leading boyhood escapades that might have come from a Mark Twain story. Bill was also an avid reader growing up, setting the stage for a life of learning, wit, and interest in many subjects.

After graduating from Danville High School in 1955, Bill earned a bachelor's degree from Bloomsburg State College. Although Bill initially studied for a career in business, he soon discovered his love of teaching and the study of sociology. Bill’s first teaching position was at Hornell Junior High School in Hornell NY, where he taught for six years and coached basketball.

Bill went on to earn Masters degrees from Valparaiso University in Indiana and from Geneseo College, New York, majoring in sociology and doing his dissertation on the causes of crime and criminal reform. Bill then began a long and illustrious career in New York’s community college system, first teaching sociology at Genesee Community College. During his six years at Genesee, Bill was instrumental in the development of New York’s inmate education program and taught at several state prisons, including Attica. From this experience, Bill was asked to advise Corning Community College in developing its inmate education program at the Elmira Correctional facility, and so impressed colleagues at CCC that he was offered a professorship in sociology, where he remained until his retirement in 1998. According to colleagues and former students, Bill was a first-rate educator and a joy to work with whether as a student or colleague. Bill was twice elected chairperson of the faculty at CCC. Bill was also elected president of the Faculty Council of Community Colleges of the State University of New York, and was the first president to be re-elected to a successive term. In this role, Bill was a highly effective advocate of the state’s community colleges, and Bill was proud to have been able to contribute to the expansion of higher education opportunities for all.

Bill also served in the Army, both active duty and reserve, where his duties ranged from sentry at Fort Knox, to inspecting unit financial accounts, to instructing new reservists. In 1976 he and Joyce Gademan, who also grew up in the Danville area, were married and they spent 39 years of happy marriage until Joyce passed away in 2015. Together they made a former one-room schoolhouse on top of Spencer Hill into a cozy home for themselves and their four-footed family members. They especially enjoyed their retirement years wintering in Florida, making new friends and memories, reconnecting with family and friends across the country, and pursuing Bill’s interest in history by visiting historic sites.

Bill was an avid reader across various disciplines. He was especially interested in Civil War history, and the histories of Danville and Corning. He was an enthusiastic Phillies fan. He was a member of the Senior Barons, a group of friends from the CCC who held court weekly in a local establishment and also went on fishing trips, and then later golfing and trips to Vegas. Bill was witty, loved to tell a good story, wasn’t shy to tell a bad joke, and was a master punster. Bill was friendly to anyone he would meet, and once you were a friend of Bill’s, you were a friend for life. Many people aside from his nieces and nephews affectionally referred to him as “Uncle Bill”.

Bill loved and was grateful for so many close friends and relatives. His immediate surviving family are his sister in-law and dear friend, Mae Grone, of Selkirk, with whom he shared a love of good conversation and reminiscing about life in the Danville area. Uncle Bill is also missed by nieces and nephews Carl Grone and his wife Colleen Hurley of Galt, California, and their son Sam Grone; Erich Stephens and his wife Tricia Kammerer of Providence, RI; and Kurt Stephens Cubbage and his wife Amy, of Raleigh, North Carolina, and their children Kyler, Charlie, and Emily Stephens Cubbage. He was also an “uncle” and dear friend to many in the Corning and Palm Coast, Florida communities, and was fortunate to have the support of wonderful neighbors and friends for many years, especially at the time of Joyce’s death, during the pandemic, and during his last illness. Bill is also survived by his first wife Sharon Vincent, and their daughter Christine Vincent, both of Rochester, NY.

At Bill’s request, he will be interred next to Joyce at the Odd Fellows Cemetery in Danville by his surviving family, and no funeral service will be held. Pictures and posted memorials can be found on the Phillips Funeral Home of Corning, NY website. Those wishing to remember Bill through a gift could do so to the Corning Meals on Wheels program at cmowheels.com.