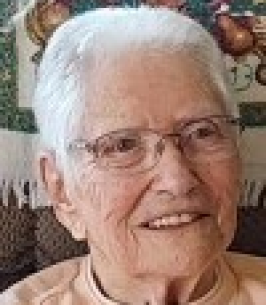 Shirley Ann Smith was in the company of family when she departed this world and joined her husband, Jack, in the afterlife on March 20, 2022. Shirley was born on February 29, 1932 in Amsterdam, NY; as a leap year baby, she often joked that she was merely one fourth her current age.

Shirley is predeceased by her parents Donald & Dorothy Deats and older sister Dolores (Deats) Dutton and is survived by her younger brother Donald Richard Deats who currently resides in Florida. As a young girl, Shirley enjoyed spending her free time helping her father with work around their home or playing outdoors. After graduating from North Side High School in 1950, Shirley went to work as a secretary at Manning Construction in Riverside, NY, where she met a young carpenter, John (Jack) Paul Smith. Jack & Shirley were married on July 9, 1955 at Grace Methodist Church. Shirley later left her job to be a full time housewife and mother to her 3 sons whom she is survived by: Don (Beth) Smith, Robert (Theresa) Smith, and Michael (Brenda) Smith.

As a mother, Shirley took every opportunity to be with her sons and husband, including tagging along on fishing trips, preparing the fire and meals. Beyond being a mother, Shirley was an animal lover and a talented artist who created everything from carolers made of soda cans to magnificent acrylic paintings. She has been a loving grandmother to her grandchildren: Courtney (Jen) Smith, Ryan (Debbie) Smith, Kyle (Rachael Horton) Smith, Mike Sortore, Pamela Truskolaski, Alan (Kasie) VanEtten, Anastasia (Leland) Petrey, and Kody (Jessica) Smith and many great grandchildren.

Friends and family are invited to call on Friday, March 25, 2022 from 3:00 pm to 5:00 pm at Phillips Funeral Home, 17 W Pulteney Street, Corning, New York. A Memorial Service will immediately follow. A burial of Cremains will take place at the family plot at Elmwood Cemetery on Saturday, March, 26 at 11:00 am.