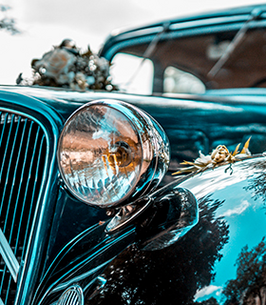 Richard was a car enthusiast and he worked as a local mechanic at Redfield Motors in Corning and Learn Motors in Watkins Glen. He was well known for car detailing, pin stripping, and working on cars in general with family members. He was a volunteer fireman for Monterey Fire Department where he was part of the Fire Police. He loved animals, especially dogs and cats, had a great sense of humor, and was an avid NASCAR fan cheering for Mark Martin, his favorite driver.

Richard was predeceased by a sister, Ellen Flannery, a brother, Kevin Rice, and wife, Flossie Elliott.

A celebration of Richard's life and burial at Fairview Cemetery will take place at a later time to be determined.

In lieu of flowers, those wishing to can make donations to the Monterey Fire Department, 1465 South St, Beaver Dams, NY 14812 or the Finger Lakes SPCA by going to their website at www.fingerlakesspca.org.