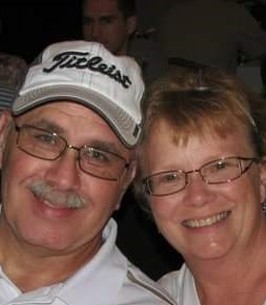 Larry was a loving husband, father, brother, and grandfather, he cherished the time he spent with family, and he was known for his generosity and willingness to help others in need. He retired from Wegmans in Corning following over 30 years of service. Larry was currently enjoying his retirement while working for Florida Fryed Chicken in Tioga. He was an avid sports fan. He could always be found watching his favorite teams, the New York Yankees and the Dallas Cowboys. Larry would love to talk about his trip in 2017 to AT&T Stadium in Dallas to attend a Cowboys game.

He is survived by his wife of 19 years, Sara of Big Flats, children, Jessica (Eric) Rose of Corning, Corey Hankinson of NYC, Karie (Joseph) Magliocca of Elmira, and Laura (Steven) Wright of Corning, grandchildren, Haddie, Taytum, and Porter Rose and Grace and Brady Magliocca, brother, William Hankinson of Penn Yan, niece, Teri Fronk of Savona , nephew Gary Hankinson of Savona, and beloved canine companions, Calimae and Emmarose. Larry was predeceased by his sisters, Peggy Hankinson and Marylou Hankison and a nephew, Todd Hankinson.

Family and friends are invited to call at Phillips Funeral Home, 17 W. Pulteney Street. Corning on Friday, September 24, 2021 from 4:00 to 6:00 pm. A celebration of Larry's life will take place at a time to be determined.

Those attending may wear anything Dallas Cowboys or New York Yankees to the visitation as a way to honor Larry's memory. His family is requesting all visitors wear face coverings.