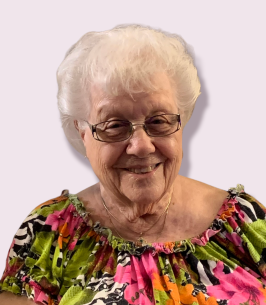 Her husband Raymond, parents, and two sisters have predeceased her.

Josephine was born and raised in Corning, New York where she graduated from CFA. She worked for Corning Glass Works and Ingersoll Rand as a secretary. One of her greatest joys in life was being a wife and mother, but she found time to serve her community as a Cub Scout Den Mother and a volunteer for Corning Hospital Chapter for many years. Jo and her husband lived in Painted Post from 1951 until 2005 and then they moved to San Antonio, Texas permanently with her son and daughter-in-law. She enjoyed crafts, cruising, reading, and spending time with family and friends. She will be forever missed.

Donations may be made to the charity of your choice. No flowers as per the request of the family.

A graveside memorial service will be held at Fairview Cemetery, 109 Parkview Drive, Painted Post, New York on Friday, May 6, 2022 at 11:00am. There will be a reception to follow at the Corning Country Club, 2501 Country Club Drive, Corning, New York.