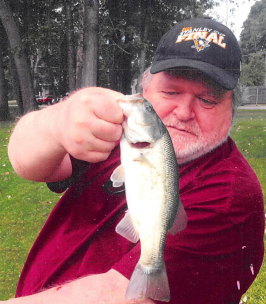 Born on April 16, 1964 in Lockhaven, PA, he was the son of Kenneth J. Lane and Margaret (Thorson) Peary. John was a graduate of Corning East High School and later attended Corning Community College. He worked as a Golf Pro at Willow Creek Golf Course in Big Flats, among many other jobs in this area as well as Charlotte, NC.

John played on the East High tennis and golf teams. He got his USGA card and became the golf pro at Willow Creek. He was an avid outdoor person who loved camping and fishing. He was able to fish at least once a week with his father and loved every minute of it. Because of his health, he spent much of his time in recent years watching sports and communicating with friends on Facebook. He was terrifically interested in politics. He loved his sons and granddaughters and loved the moments they shared. His best friend these last years was his cat, Sylvester. They shared his apartment 99% of the time the last 5 years. John was one of the kindest, gentlest people most who knew him often said. He never complained even when his illness caused such pain. He was proud. It was hard for him to accept help from anyone even when he really needed the help.

John was predeceased by his close friend, Terry Westberry.