Obituary for Gregory A. Merkel 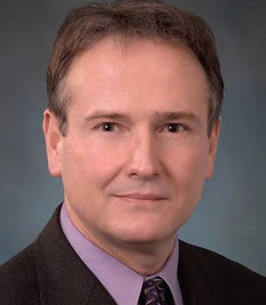 Dr. Gregory A. Merkel passed away unexpectedly on Friday, January 7 at the age of 67. Greg was born May 28th, 1954 in Massachusetts. He was the son of Albert and Lillian Merkel. He graduated from Wilbraham and Monson Academy and earned his Bachelor of Science in Geology from the University of Massachusetts, Amherst, and his Doctorate in Geochemistry and Mineralogy from the Pennsylvania State University.

Greg was employed as a Research Fellow at Corning Incorporated where he worked for 40 years in the field of technical ceramics. He made significant technical contributions to many of the products currently manufactured by Corning Environmental Technologies as well as the company’s former Electroceramics division. Greg received the Stookey Award for Exploratory Research in 2007, was appointed Research Fellow in 2008, and received the Midgley Award from the Detroit section of the American Chemical Society in 2012.

Greg was well-known for his excellent writing skills and adherence to high standards, which led him to originate the Corning Incorporated Outstanding Internal Publication Award (OIPA) in 2014. His passion for well-organized data and excellence in communication, as well as his taste for ice cream, will be sorely missed by all Corning colleagues. Greg had an acerbic wit which he used freely but without malice.

Greg had a lifelong interest in the arts and natural sciences and was motivated by a quest for beauty and a strong intellectual curiosity. His enthusiasm for glass spanned all of its aesthetic, historic, and scientific aspects. Greg was named a Fellow of the Corning Museum of Glass in 2001, was a member of the museum's Ennion Society, and a trustee at The Neustadt since 2013. He collected Carder Steuben for almost 30 years, originally specializing in iridescent glass and subsequently branching out into Carder's other colored glassware as well. Greg researched the chemistry of Carder Steuben glass based on his cataloguing of recipes in Carder's laboratory notebooks and an analysis of over 600 Steuben objects using x-ray fluorescence spectroscopy. His research in the science behind this material was to be published in a comprehensive book on Steuben colored glassware manufactured from 1903 to 1933.

Greg’s many other interests included gardening, nature and wildlife photography, drawing and painting, long hikes in nature sanctuaries, and astronomy - particularly the space programs which involved the exploration of other worlds. He was known for rescuing creatures in distress: birds trapped in buildings, turtles crossing the road, a stray retriever for whom he found a home, even snakes - and occasionally humans. He loved well-written science fiction in both books and movies, visiting museums and playing scrabble or working on jigsaw puzzles with his sister, Lana. He loved to eat delicious food and experiment with new cuisines.

Greg was also an avid follower of sports of all types and spent many hours swearing at his favorite teams when they did not play to his expectations. The NCAA basketball tourney was a special time for Greg and he reserved vacation days each year to follow every game. Greg was himself an athlete, qualifying for and completing the Boston Marathon, and making some miraculous catches in weekend touch football games.

Although not a parent himself, Greg connected with his partner Clarissa’s daughters. He was a great friend and father figure to them. He adored Clarissa’s two little nieces. He would play with them and read to them even though he thought he was not able to handle kids. He also had a way of putting everyone at ease by being himself. This was especially apparent during the trip he and Clarissa made to Zimbabwe. He fell in love with the country and with Clarissa’s family.

Greg is survived by his sister, Lana; his partner of 10 years, Clarissa; special friends Dana Blackie, Tom and Peetie Dimitroff, Dave Weiss as well as many other friends and colleagues. A memorial will be planned at a later date. In lieu of flowers, donations may be made in Greg’s honor to WildKind Care, 3674 Cronk Rd, Montour Falls, NY 14865.