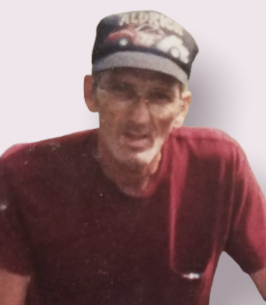 Born on June 16, 1937 in Dansville, NY, he was the son of the late Earl and Mable (Jordon) Aldrich. Chuck served in the United States Air Force during Vietnam. Chuck married Shirley Messenger on April 2, 1976. She predeceased him on April 16, 2021. He worked as a contractor and construction worker for Blade's Construction of Hornell for a number of years. He later ran a fruit and vegetable stand at his home alongside his wife, Shirley, where they sold vegetables and flowers and enjoyed visiting with their customers.

Chuck will be remembered for his love of hunting, fishing and playing cards. He also enjoyed racing - building and owning race cars that he would take to the Woodhull and Dundee race tracks.

Family and friends are invited to visitation on Tuesday, April 26, 2022 from 11:00 am to 1:00 pm at Phillips Funeral Home, 17 W. Pulteney Street Corning, NY. A funeral service will immediately follow at the funeral home at 1:00 pm, Celebrant Barb Rossi officiating.